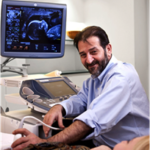 He is the Founder of the UK Charity, the Fetal Medicine Foundation set up in 1995. The Foundation has donated more than £45 million to support the training of doctors across the world as well as multi-centre research studies. His key discoveries include screening for premature birth, screening and reducing the risk of pre-eclampsia, screening for chromosomal abnormalities by measurement of nuchal translucency as well as endoscopic procedures such as laser surgery for twin-to-twin transfusion syndrome in twin pregnancies or endoscopic treatment of severe diaphragmatic hernias. His life and work have been featured in documentaries such as “Life Before Birth” by the BBC and “The Surgeon’s Cut” by Netflix.

Professor Nicolaides’s awards include the recent election to the United States National Academy of Medicine, the Grand Cross of the Order of Makarios III by the Republic of Cyprus, the Eardley Holland Gold Medal for outstanding contribution to the science, practice and teaching of Obstetrics & Gynaecology awarded by the RCOG and honorary doctorates from universities across the world.